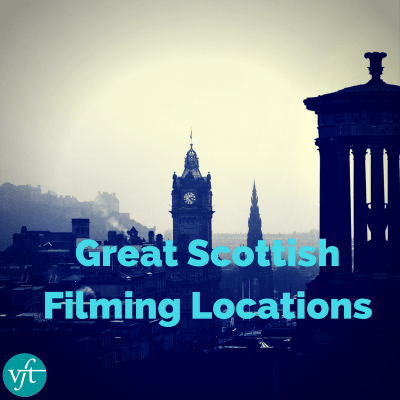 May 04, 2017 / Comments Off on Great Scottish Filming Locations / Claire Wilson

Many locations in Scotland, from cities and castles to rolling countryside and mountain terrain, have captured the imagination of film makers around the world, making Scotland a prominent feature of many well-known films…

Harry Potter
The Harry Potter films have to be first on our list. The famous Glenfinnan Viaduct is instantly recognised by all fans due to the iconic image of the Hogwarts Express passing through after leaving platform 9 ¾ at London’s Kings Cross.

Skyfall
Scotland has made many appearances in James Bond films but one of the most iconic vistas comes from Skyfall. Skyfall sees the secret agent return to his Scottish roots and to the Bond family home which is located in the mesmerising Glen Coe.

Outlander
Recently everyone has been gripped by the British-American TV series Outlander. Based on the books by Diana Gabaldon, much of this series has been filmed in Scotland including Callender House in Falkirk. The interiors of the French-style chateau have been used for filming which visitors can see when they take a tour. Other locations include Doune Castle (Castle Leoch in the series) and the Royal Burgh of Culross (the Royal Burgh of Cransemuir in the series)

Brave
The Disney-Pixar film everyone in Scotland was waiting for! It may be animated but the scenery was created from Scotland’s raw beauty and rich heritage. The animators visited Scotland in the summers of 2006 and 2007 for inspiration to create beautiful animated landscapes.

Trainspotting
The opening scene shows the main characters running down Edinburgh’s most famous street, Princes Street, from the police. However, the rest of the 1996 film was filmed in Glasgow. The sequel, released early this year, was mainly filmed in Edinburgh in locations including Edinburgh airport, a ride on the trams to Princes Street and Arthur’s Seat.

Many people are planning tours of Scotland specifically to see the sights they love from their favourite films. What a great reason to tour Scotland!